The purchase of Oculus

In June 2019, Facebook announced the acquisition of the company Oculus. This company is recognized as the world leader in the field of virtual reality. Totalling a little over $2 billion, this deal had caused quite a stir. At the time of the acquisition, Facebook announced the application of this technology across multiple business domains. The Oculus company had already largely positioned and integrated virtual reality in the world of video games. Thus, Facebook chose to focus their project development efforts within new sectors, including: communications, media, education and entertainment.

In August 2021, Facebook presented its new professional collaboration service called Horizon Workrooms. The concept is quite simple; with this new service, participants can meet in a workroom with colleagues, even if they are thousands of miles apart. Each person appears around a round table in the form of an avatar that they will have customized to their likeness. They can interact through their microphone, draw on a virtual whiteboard and share their screen with other members of the meeting.

It will be possible to use the controller as a pen to write on the whiteboard. To simulate the latter, simply write directly on a physical desk or on a vertical surface.

2. Integration of a physical space into the virtual reality space

Using mixed reality, Workroom merges the visual of the office in front of you with the virtual reality environment. 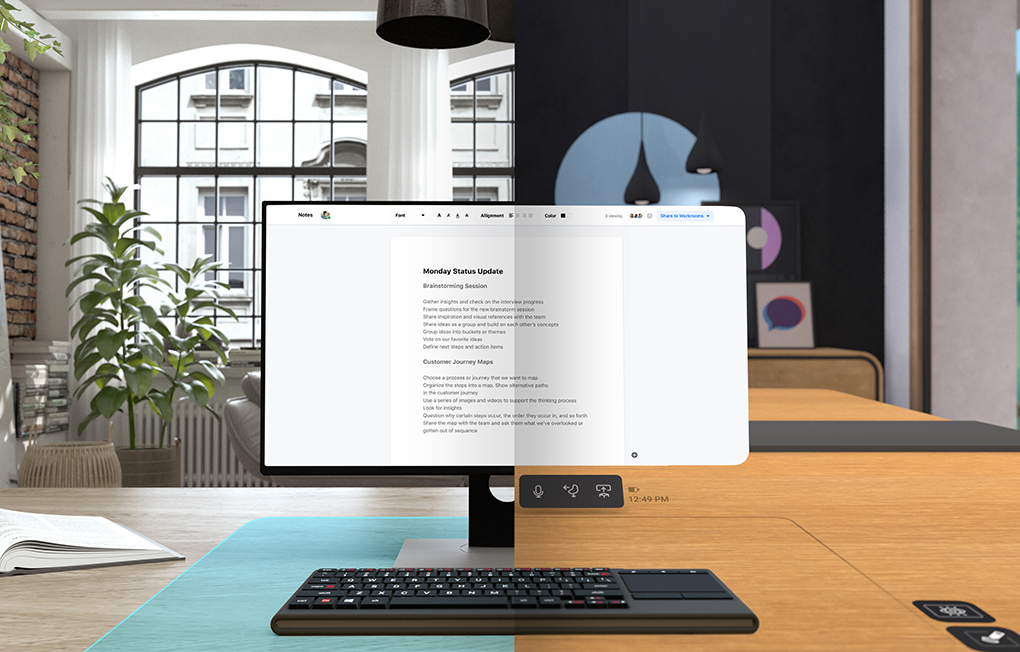 Participants will be able to enter text and view their computer screen in virtual reality simply by sharing it. 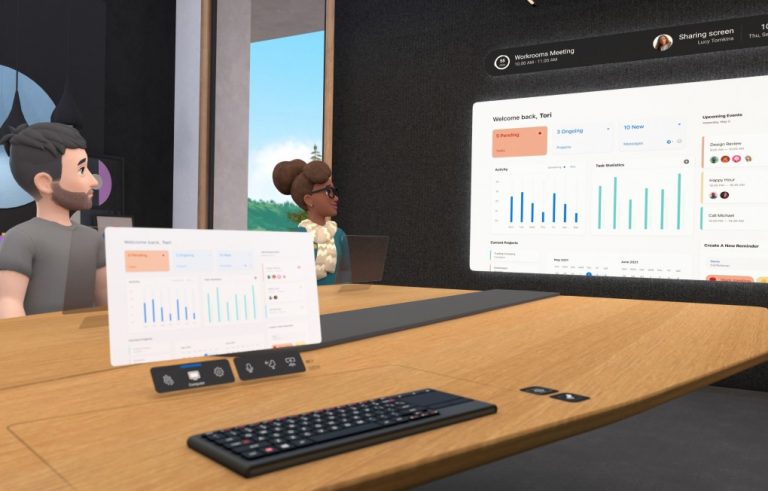 You can talk, listen and move as if you were there. The speed of the voices around you will vary depending on the location of the people. 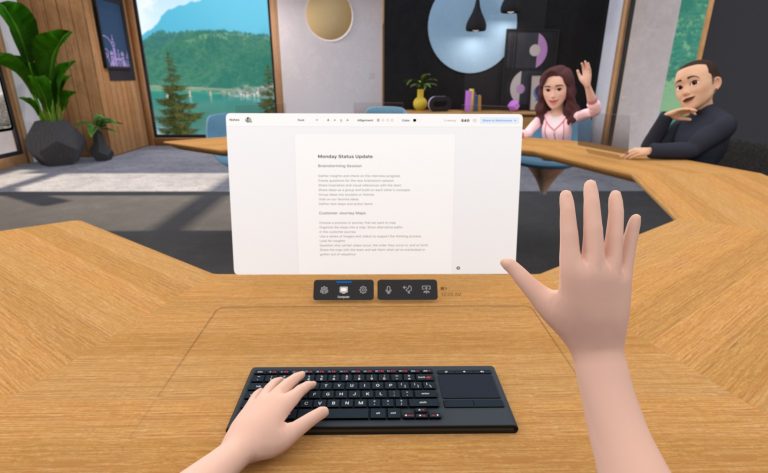 Create an avatar in your image: this allows you to offer a representation of yourself. With the hand-tracking technology, it is also possible to point at elements, enter text or even give a thumbs up. 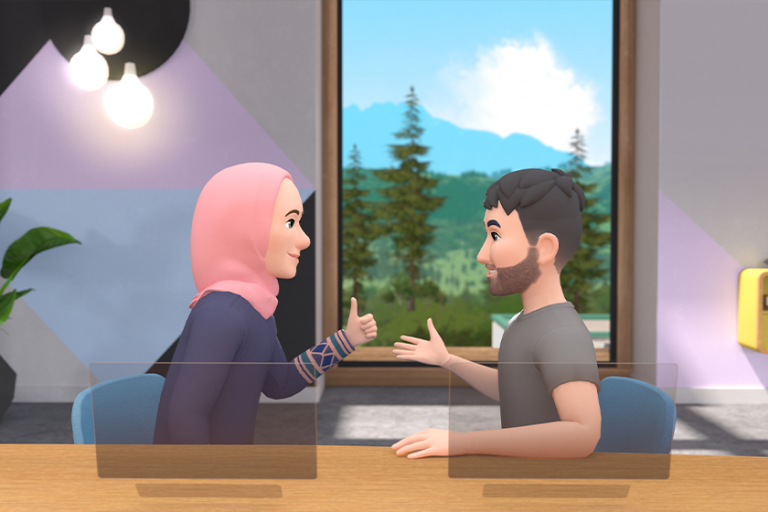 The opinion of an Etherlab expert

The potential of Workroom is very good. I liked the "conference" style environment, the fact that you can join a meeting without even having an Oculus Quest 2, being able to easily change your position at the table and also the implementation of the whiteboard for presentations! There is also a "desktop" mode to see your computer screen and take notes with the right keyboard. For now, Workroom supports: Apple Magic Keyboard, Logitech K830, MacBook Pro 13" (2016-2020), MacBook Pro 15", MacBook Pro 16". However, it is not easy to create an account and join a meeting. I think there is room for improvement, but it should be fixed fairly quickly. In conclusion, I enjoyed my experience on this first version of the Workroom. There is a lot of potential!"

Etherlab is the leader in designing training and professional development through virtual reality.